A mass shooting is usually defined as any event with four or more gunshot victims within a short period of time. Chicago had at least sixty of these in 2021. More than one per week. There were more mass shootings that occurred in Chicago suburbs that are not part of the sixty.

Mass shootings in Chicago are a warm weather phenomenon:

0% of mass shooting occurred in the months of January, February, and December while 58.3% occurred during June, July, and August.

Drive-by shootings account for over one third of all mass shootings in Chicago:

A large percentage of the shootings go unsolved:

Chicago has a low homicide clearance rate and it is apparent that mass shootings are no different. We hear very little about anyone being arrested for mass shootings in the local Chicago media. 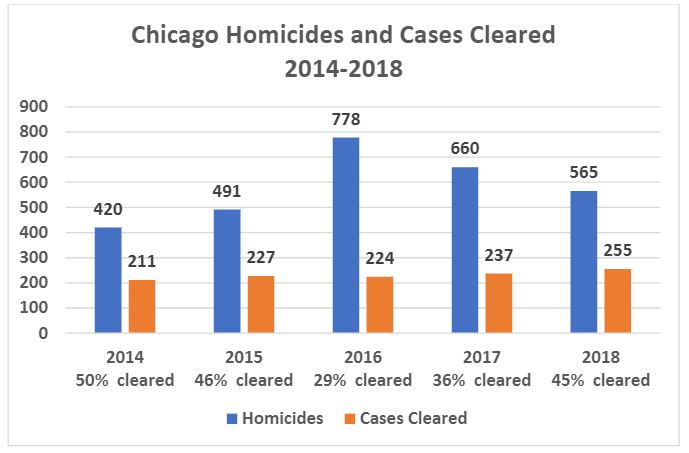 The perpetrators of mass shootings in Chicago are overwhelmingly Black males:

While the media is reluctant to provide any meaningful information, it is apparent that an overwhelming majority of mass shootings in Chicago are perpetuated by Black males. Currently, we do not know of any non-Black suspects in Chicago mass shootings for 2021.

In 2016, 71.3% of known homicide suspects were Black and 24.6% were Latino. However, homicides are way up for 2020 and 2021. The percentage of victims who are Black is also up. County-wide, 80% of victims are Black. This suggests that an increase in Black on Black murders is a major driving force for the increase in homicides overall.

At one time, Chicago was a hotbed of interracial gang warfare between Blacks and Latinos. There have been several racially charged Black on Latino murders in Chicago during the past two years, however we are not seeing these types of murders being committed against Black victims.

On June 15th, eight people were shot at a house party in Chicago, IL. Four female victims and one male victim were killed. The suspect is a Black male who was never publicly identified. A birthday party was being held at the time. Police say the perpetrator appeared to have hunted and targeted specific people.

Chicago, Illinois, March 14th: Two people were killed and thirteen injured by gunfire at a party. Police say the shooting occurred in the backroom of an auto shop that had been converted to an unlicensed bar. The suspects are two Black males.

On June 27th, one person was killed and another ten were injured by a trio of gunmen on the southwest side.  The media called them “unknown men.” The shooting took place in an mostly Black area.

On March 26th, a Black male opened fire at a “pop-up party,” in Chicago, IL. Eight people were shot. Danteh Thomas, a 27-year-old Black male, was killed. The suspects name was never reported in local media.

Worst mass shooting in the suburbs of Chicago:

On January 9th, Jason Nightengale, 32, shot seven people on the south side of the Chicago metro area. Five of his victims died. The rampage was only ended when Nightengale himself was shot and killed by police.

Police say Nightengale killed Yiran Fan, 30, a University of Chicago Grad student, in a parking garage in East Hyde Park. Then he moved to the Barclay condo building and killed Aisha Johnson, 46, and wounded an unnamed 77-year-old woman.

He then drove to a convenience store in Brainerd and killed Anthony Faulkner Jr., 20, and wounded an unnamed 81-year-old woman. After leaving the store, he killed Damia Smith, 15, by shooting her in the head through the window of a car.

Four hours later he arrived at an IHOP in Evanston and killed Marta Torres, 61. He was shot and killed by police in the parking lot of the IHOP.

For months, the media has hyped a completely false narrative that Asians are being subjected to hate crimes by White Trump supporters.  So when Robert Aaron Long went on a deadly shooting spree at multiple Korean-run […]

Media narratives on recent mass shootings do not match reality