On September 23rd, 2020, Larynzo Johnson shot two police officers during a BLM event in Louisville, KY. One officer was hit in the leg and one in the abdomen.

As the result of a plea bargain, Johnson was convicted of two counts of assault instead of attempted murder. His sentence is 13.5 years, in which he will be eligible for parole in 11.5.

This website has created a massive database of people who died or were wounded during the 2020 BLM riots. 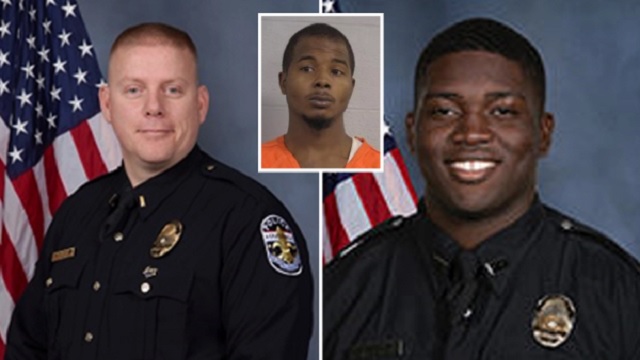 Shaun King is a BLM activist who is listed as “White” on public documents. However, he alleges that he is half Black. His critics accuse him of all kinds of frauds and hoaxes. King has a […]

Arkansas cop kills a teenager holding a can of oil; Are media/BLM ignoring because he has the wrong skin color?

If the victim had been a Black 17-year-old, this would be the biggest news story in the USA, and there would be significant rioting. Hunter Britain, an unarmed 17-year-old White male, was shot and killed […]

As crime spirals out of control, radical BLM leaders tell incoming Mayor Eric Adams, a former police officer, to take a hands-off approach. If he continues with plans to bolster the NYPD, they say they […]