Londell Falconer, 26, was charged with homicide and conspiracy for killing 18-month-old De’Avry Thomas. Police say he was driving a vehicle from which the fatal shots were fired. Police are also seeking Markez Anger, 23, of Swissvale. They saw he was a passenger in Falconer’s car at the time of the shooting. Anger faces charges of homicide, conspiracy, and weapons violations.

De’Avry Thomas was shot and killed Sunday afternoon. Falconer was shot and wounded in the ankle later in the day.

Thomas was strapped into a child seat in a Jeep Wrangler. Security video shows a man firing at the Jeep Wrangler from a Jeep Compass.

Police say Gerland Parks, 38, and his ten year old son Jamel Parks were killed in a hail of 13 bullets in northeast Philadelphia on Sunday morning. Parks had just parked his car near his home.

Police have not named any suspects.

Philadelphia is experiencing its highest homicides rate in the city’s history. 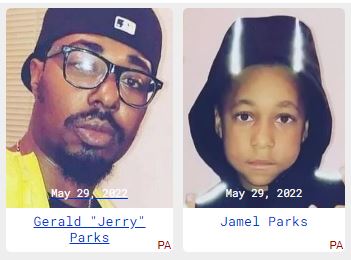 Chicago had at least 60 “mass shootings” in 2021, with four or more victims each

Seven people suffered non-fatal gunshot wounds during a mass shooting at a parking lot memorial service. It took place in Gresham, Oregon, a suburb of Portland. This is, at least, the second time this has occurred […]