Yet the Air Force continues to double down. The U.S. Pacific Air Forces (PACAF), which is in charge of confronting China, has now ordered its senior leaders and commanders to stop using pronouns in written formats. The PACAF is actually alleging that gendered language hurts the lethality of the US military.

Mark Miley, Chairman of the Joint Chiefs of Staff, says US military personnel received a staggering 5,889,082 man-hours of “Extremism, Diversity, Equity, and Inclusion” training as of February 5, 2021. 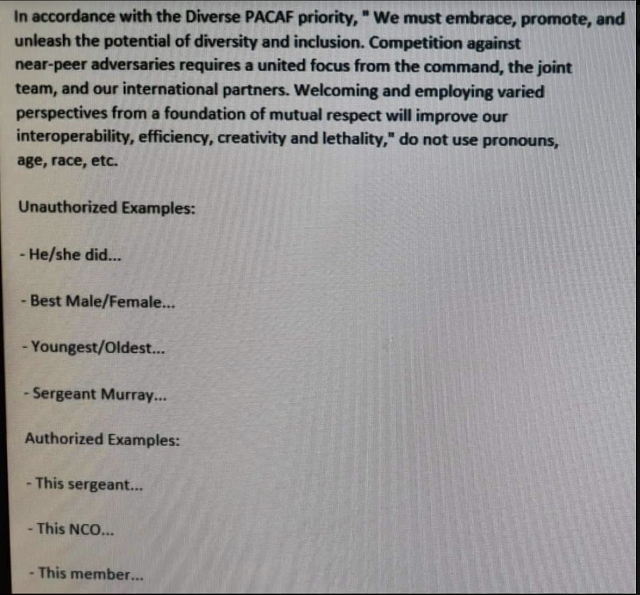 During the 2016 election cycle, a Twitter user called Ricky Vaughn became one of the most high profile Trump supporters on the Internet. He is most known for using a photoshopped picture of Charlie Sheen, […]

Confidence in US military is plummeting as Pentagon goes Woke

According to the Ronald Reagan Presidential Foundation and Institute, confidence in the US military has fallen dramatically in less than 29 months. Perhaps a leading factor is the Pentagon’s embrace of Marxist critical theory and […]

Hungary to hold national referendum on sanctions against Russia