Portland Antifa is vowing to attack a patriotic event in Portland on August 22nd. This event will mark the anniversary of the execution-style murder of Aaron Danielson by a self-described Antifa member on August 29th, 2020. Antifa stalked, ambushed, and murdered Aaron Danielson, who was leaving a pro-Trump event in Portland. Michael Reinoehl shot Danielson, without any provocation, as accomplices surrounded the victim to block his escape. The murder was captured on a surveillance camera.

Michael Reinoehl later died in a shootout with US Marshalls in Lacey, WA. Reinoehl’s accomplices have never been brought to justice, and some Portland area politicians have attempted to downplay the murder. VICE News even romanticized the killer.

Portland Mayor Ted Wheeler and Police Chief Lovell held an online press conference to discuss the pre-planned Antifa riot. Reporter Maggie Vespa asked if the police would separate Antifa from the people they want to attack. Portland’s Chief Chuck Lovell said “no,” and that potential victims should “keep themselves apart” from the people trying to attack them. Lovell goes on to say that police would take action after the violence has already happened.

Lovell says trying to stop Antifa from committing assaults would be “bad optics” for the police.

Maggie Vespa then asks Ted Wheeler, “when would police intervene?” Someone screams, “come on!” and her feed is cut off.

“If black lives matter, you better back up!” 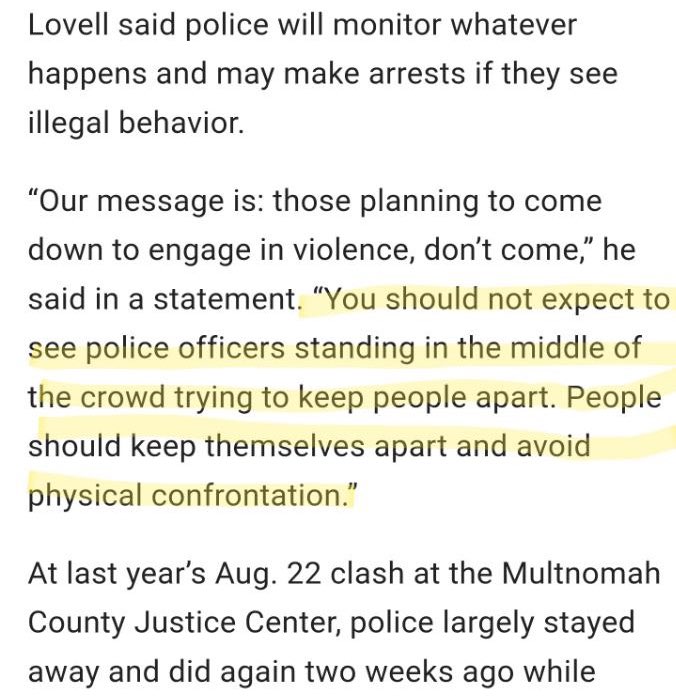 Disclaimer: As far as we know, Zegarac has not been convicted of any sex crimes, and this article only documents allegations made by people from within Zegarac’s own circles. David Alexander Zegarac, 42, has been […]

The homeless of Portland, Oregon