Smiley Martin, 27, and his brother Dandrae Martin, 26, have been charged with crimes in relation to the mass shooting in Sacramento. Six people were killed, and at least twelve more were wounded by gunfire. The wounded includes Smiley Martin, who is still in the hospital.

Dandrae claimed to be injured on Facebook. However, it is unclear if he actually was.

Hours before the shooting, Smiley Martin, Dandrae Martin, and Joshua Hoye-Lucchesi posted a video on Facebook Live. The trio danced, and Smiley Martin waved a handgun at the camera.

Smiley Martin was paroled from prison on February 6th, 2022. He had originally been sentenced to ten years. It is unclear how long he actually served. So far, he faces charges of unlawful firearm possession by a felon and owning an illegal machine gun. Police say the handgun was converted to fire full auto.

His brother Dandrae was charged with assault with a deadly weapon and unlawful possession of a gun by a felon.

Police believe both guns carried by the Martin brothers were stolen.

Daviyonne Dawson, 31, was charged with gun crimes and released on bail. Police say they do not believe that Dawson fired his gun. He was spotted carrying a gun after the shooting. 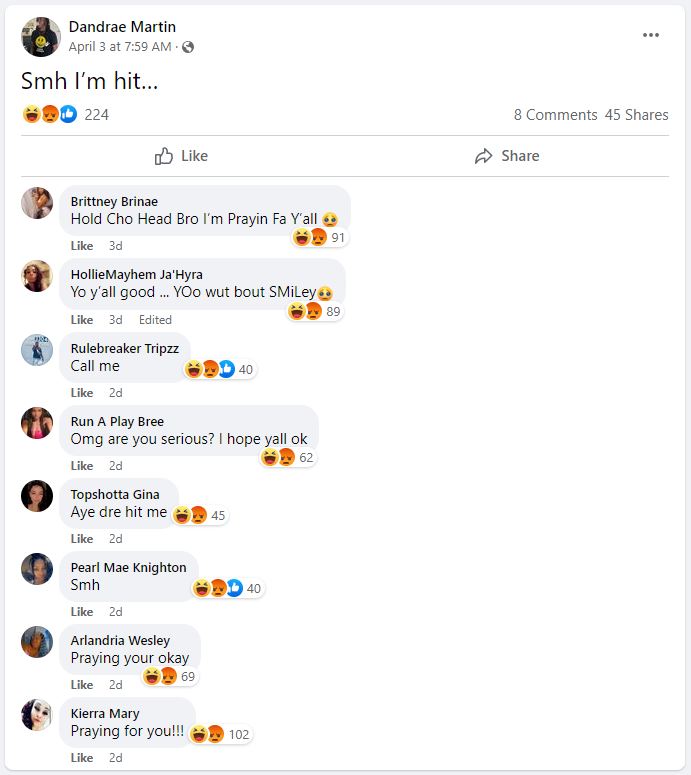 San Francisco police are asking for the public’s help in identifying a woman who appears to be hanging out the passenger side window of a Cadillac while brandishing a Krinkov style Kalashnikov rifle. It looks like […]

The San Francisco Tenderloin: A magnet for criminals and homeless drug addicts