Philadelphia is out of control. The city has adopted policies that say criminals are victims of circumstance and need to be coddled instead of punished.

This is the end result.

Rep. Mary Gay Scanlon was carjacked in her own district in Philadelphia. Two “armed men” approached her near a park in downtown Philadelphia in broad daylight. Police later arrested “four male and one female” suspects who drove her car into Delaware.

Local media are censoring any description of the suspects, which means, well … you know. 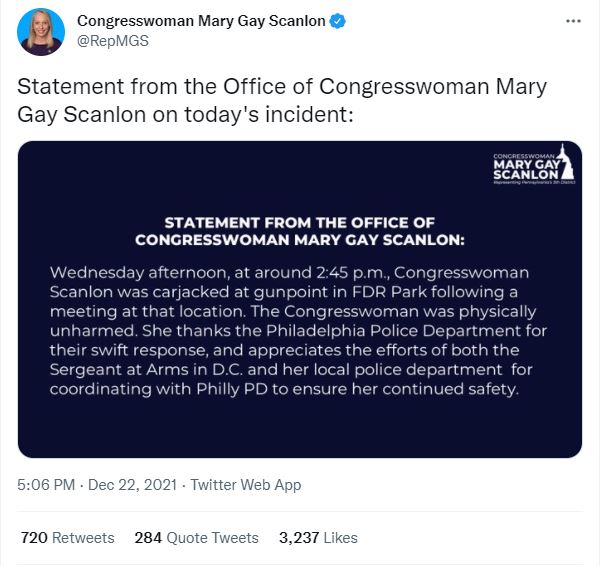 The accused “train rapist,” Fiston Ngoy, is an illegal alien from the Congo who was previously convicted of a sex crime. Ngoy originally came to the USA as a student in 2012 but has been […]

Same man who just got no jail time for killing a pedestrian, hits three more people

On September 24, 2018, Rayon Allen, 29, slaughtered Lorraine Campione, 93, as she crossed a residential street in Chicago. Two other drives stopped their cars to let her cross. Allen hit Campione while making an […]

Data has revealed that a stunning 59 percent of Democrats…