Iran has claimed responsibility for the long-range ballistic missile attack in Erbil. Most western media still say the missiles landed near a US Consulate by the airport.

Kurdistan24 says the target was on the opposite side of the city, next to their studio. They have published a photo of a heavily destroyed villa. They say the shockwaves damaged their own studio. Cellphone video shows chunks of broken ceiling tiles in the hallways and cafeteria of the studio.

The target appears to be a huge luxury villa with an artificial pond, outdoor and indoor swimming pools, a tennis court, and more. Iran says they targeted the heart of the Israeli intelligence community inside Iraq to retaliate for Israeli strikes in Syria.

Iraqi leaders condemned the attack but also opened an investigation into any ties the villa might have to Israel.

There are claims on social media that the villa is owned by Baz Karim, President of KAR Group. His company runs operations at three oil fields owned by the Iraqi Kurdistan government. 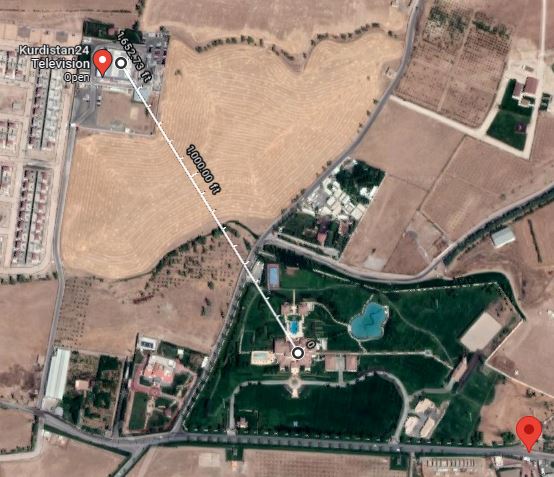