Police say Sean Flaherty. 46. decorated his Volkswagen Jetta with anti-Trump and left-wing stickers. Then he rammed into a store that specializes in selling Trump merchandise.

The store is called “New England for Trump” and is part of a seven store franchise. At least one employee was in the store at the time of the attack.

So far, Flaherty has only been charged with relatively minor crimes, including reckless driving and destruction of property. Police say more charges could be filed. 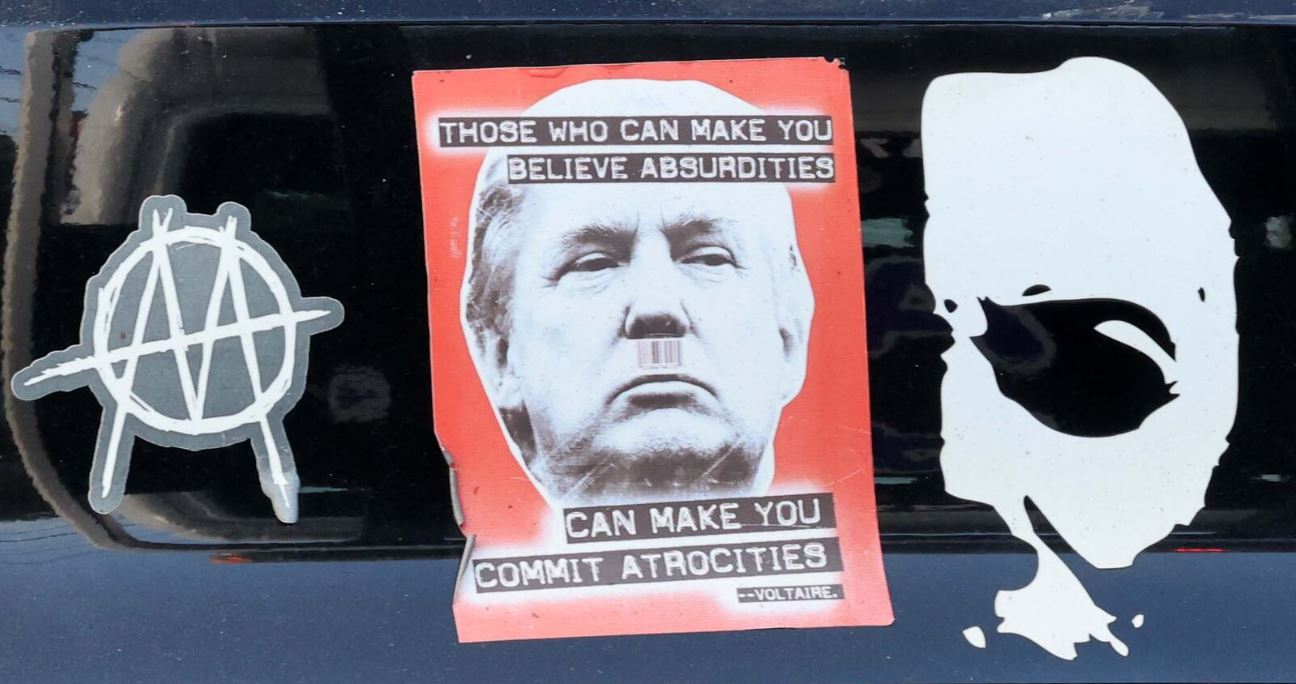