Turning Point USA was scheduled to hold a conference in Eugene, Oregon at a Holiday Inn Express last night. Terry Goldman, a Holiday Inn Express execute shut down the event with almost no notice. Goldman is alleging that violent leftists have called in threats, and essentially granted Antifa what is known in legal terms as a “heckler’s veto.”

Turning Point is a center-right 501c3 led by Charlie Kirk. The conference was supposed to focus on the “Critical Race Theory” controversy in public schools. The event in Eugene was part of an eight city tour. Five of the events have already occurred. 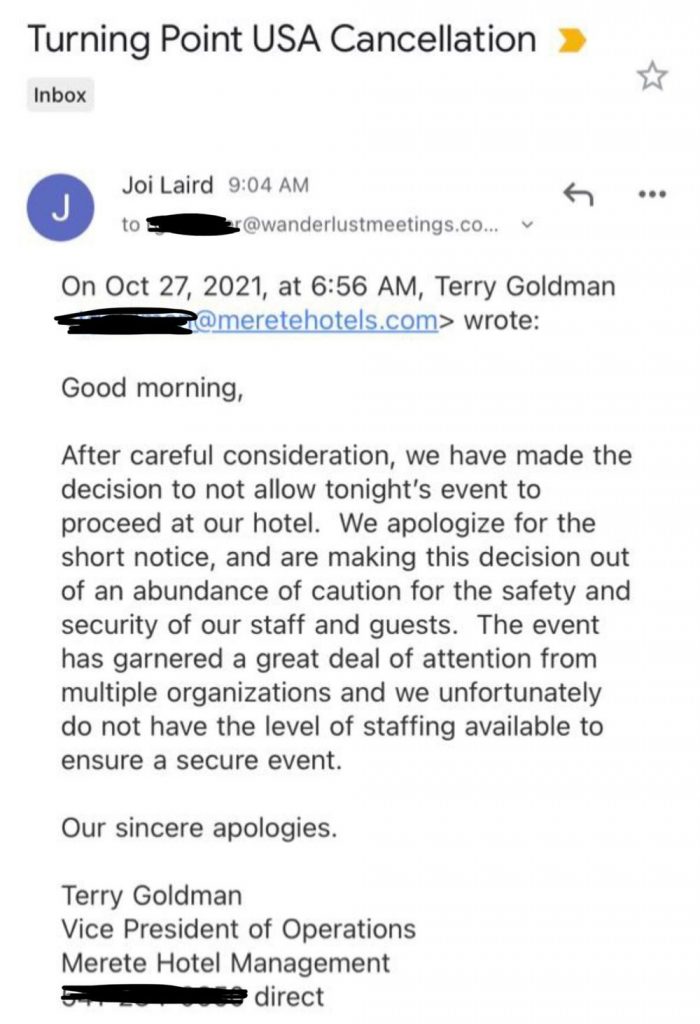 Antifa vandalizes the home of US Congressman Nancy Mace

Antifa has begun rearing its ugly head in Charleston, South Carolina. During Biden’s inauguration, they posted this banner calling for armed Communist Revolution. It was hun in downtown Charlestown above the northeast bound lane of […]

In 2018, a group of Antifa attacked Latino members of the US Marine Corps in Philadelphia. Three Antifa were charged with aggravated assault, conspiracy, terroristic threats, and robbery while inflicting serious bodily injury. Two of […]