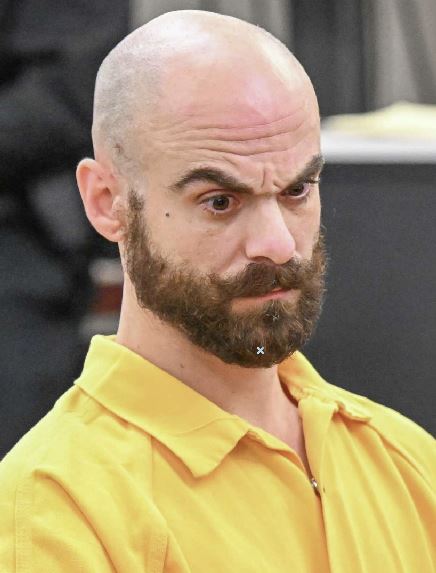 Alexander Stokes Contompasis, 39, is a self-described Antifa member with a known history of violence. In 2017, he was photographed punching an older man in the back of the head. He was also arrested and charged with a felony during Antifa rioting at the Trump inauguration in Washington, DC. However, he was never prosecuted.

On Jan. 6, 2021, he traveled to a conservative political protest at East Capital Park in Albany, NY. Then he assaulted and stabbed two people. The victims are said to be members of the Proud Boys.

Surprisingly, he was actually prosecuted and convicted of all five charges. The judge described one of the stabbings as “an evisceration.”

“That’s exactly what the defendant did. He violently, brutally stabbed political opponents of his — one of whom he eviscerated. This wasn’t just a simple stab or an accidental stab or a ‘poke’ as the defendant attempted to describe it in his testimony. These were violent knife attacks.” – Albany County Supreme Court Justice Roger McDonough

Contompasis was sentenced to twelve years for first-degree assault plus an extra eight years for other crimes. The original stabbings barely received any media coverage. The conviction has not been widely reported either.

On Monday, February 6th, about fifty black-clad Antifa, many with shields and body armor, left Frank Seymour Park in South Sacramento and began marching through the city. Over eighty police officers followed the mob. Eventually, […]

On Malcolm X’s birthday a BLM group shut down a block of businesses in NY because it “insulted” them for the businesses to be open on his Bday. This is what mob rule looks like. […]