Washington DC continues to be a haven for those who engage in politically motivated, violent left-wing violence.

On August 28, 2020, at 12:30 AM, BLM radicals rioted in Washington DC and tried to attack Senator Rand Paul and his wife, Kelley Paul. The couple was leaving an event at the White House.

Brennen Sermon, 27, of Orlando, Florida, was arrested and charged with assaulting a Washington DC police officer. The affidavit says Sermon punched an officer in the face. The officer suffered a laceration and severe swelling. He required stitches.

Sermon was immediately release from custody without being required to post any bail.

The charges have now been dropped. 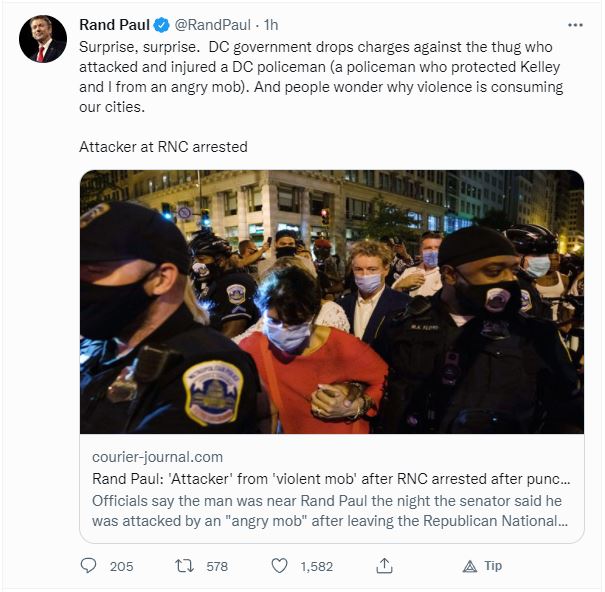 This website has already published a lot of details on self-described Antifa member Daniel Baker before. He fought in Syria with the YPG, the armed wing of the Syrian branch of the Kurdish Marxist group PKK. […]

Antifa arsonists try, once again, to burn down the Multnomah County Justice Center

Even when Portland’s Antifa criminals are arrested and charged with major crimes, Multnomah County District Attorney [MCDA] Mike Schmidt either drops or otherwise refuses to prosecute over 90% of the cases. In fact, Schmidt has […]