The year 2020 saw an estimated 25% rise in homicide nationwide. For most cities, this rise occurred during the second half of the year. After an explosion of BLM rioting and “racial justice” rhetoric, homicides took off. In many US cities, they have continued to surge in 2021.

According to the DOJ, Black Americans made up 55.9% of all known homicides suspects in 2019. A staggering number, since they only make up about 14% of the US population.

A group of researchers looked at firearm injuries in 2018, 2019, 2020, and the first half of 2021. They divided the victims into four racial categories, White, Black, Latino, and Other.

After the start of nationwide BLM rioting, gunshot injuries surge among all races. However, they go up among Blacks the most. 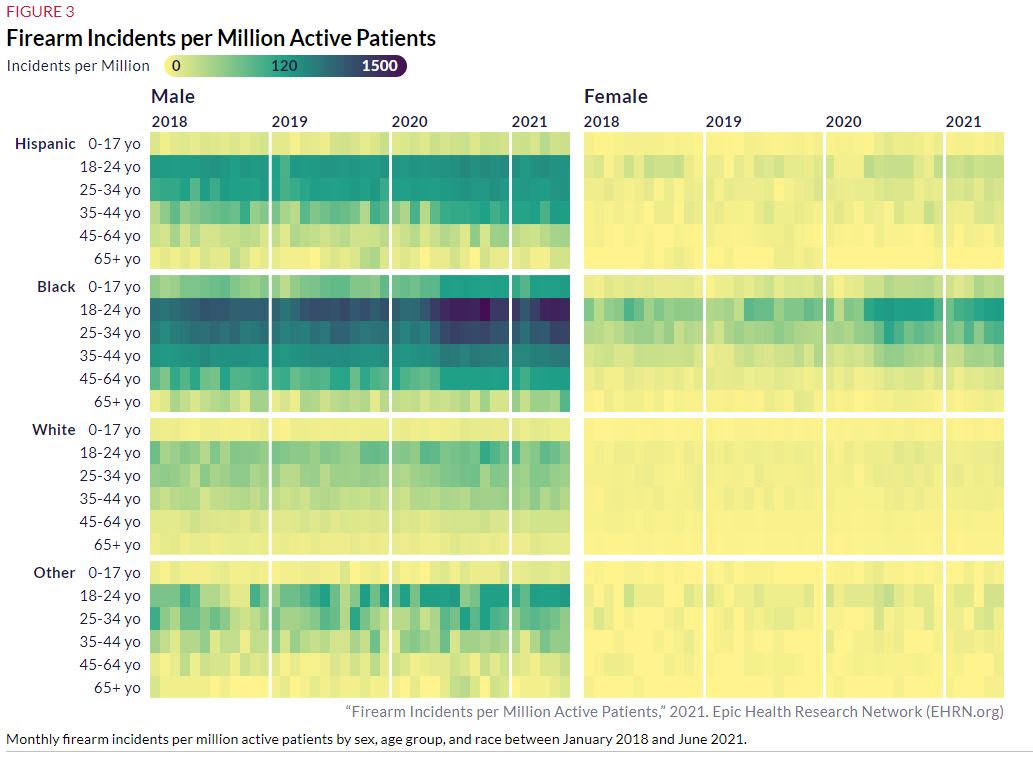