Police are calling it a random act of violence by a stranger.

Michael Britt was sitting on a bench outside a Hampton Inn with another man in Summerville, SC, on October 26th. Police say Michael Terrell Profit, 32, briefly ran into the lobby. Then came back out and shot Britt.

Profit yelled something like, “stop watching me.” Police identified Profit as the suspect because the witness described his gold teeth.

Britt is from Fountain Inn, California, and was in South Carolina for a business trip.

Profit has an arrested record going back to 2011 and was out on bond and the time of the murder. He is being held at the Hill-Finklea Detention Center.

Pressley is currently in custody at the Dorchester County Detention Center. He has only been charged with voluntary manslaughter, which carries a minimum sentence of two years. Members of the public are asking why he is not being charged with pre-mediated murder since he followed the suspect and had time to think about it. 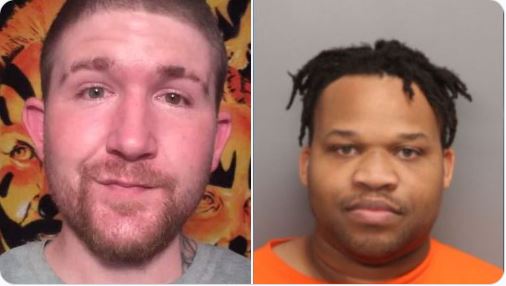 When police are told to refrain from using any force to stop a fleeing thug, this is the end result. A 41-year-old Black male parked a stolen car along the street, which was spotted by […]

Update: It is now reported that nine people were shot and three people were injured in the aftermath. Two of the injured are police officers who suffered cuts from broken glass when their police cruiser […]