Gary, Indiana has about 69k people and is over 80% Black. It is notorious for being the most the dangerous place in the state, but the murders receive very little media coverage any more.

Last night, ten people were shot outside of a house in Gary, Indiana Monday morning at 12:45 AM. The scene is being described as a 4th of July “block party.” Local media say a two Black males and a Black female were killed. There may have been multiple shooters. No one has been arrested yet.

This is Gary’s second mass shooting in less than a month. Early Sunday morning, June 12th, six people were shot at Playo’s Nightclub. A Black male and a Black female died. The nightclub hosts rap concerts on the weekends. No arrests have been reported.

The mayor of Gary ordered that the nightclub be temporarily shut down. There have been multiple shootings at the same nightclub before. One person was murdered there in 2017. 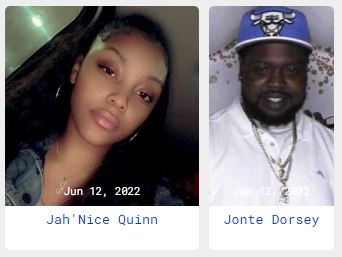 There was also a double murder in Gary, Indiana recently. On April 30th, two White females were found dead inside a house in Gary. They were killed execution style. No one has been arrested. No one in Gary, Indiana appears to be publishing any kind of detailed information on homicides. However, the local homicides clearance rate appears to be dismal.

As the SXSW “Music Showcase” ended Sunday morning, four people were shot. The shooting occurred even though an army of uniformed police officers were dispersed among the crowd. The shooter was probably standing within ten […]

Timothy Rush, 32, has been arrested for a mass shooting at the Taboo Nightclub and Lounge in Cedar Rapids. At about 1:30 AM Sunday, at least twelve shots were fired inside the club. Two people […]

Club Dreams is strip club in Raleigh that also hosts rap concerts and private parties. On August 13th, there was a mass shooting at what is being described as a “private birthday party.” Four girls […]