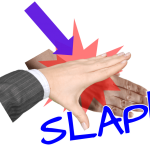 On March 21st, Jayana Webb was driving at speeds as high as 113 mph in a 55 mph zone, with a blood-alcohol level of .211 and cannabis in her system.

She rammed into two state troopers and another man on the side of the road. Her speeding SUV launched the victims into the air, over a concrete barrier, and into the oncoming lane.

Minutes before the triple homicide, another state trooper pulled over the drunk woman after recording her speed at 113 mph. However, that state trooper let her go after getting a call about Oliveras walking on the road.

Webb then used her cell phone to brag about being pulled over on Twitter. After the tweet, she encountered stopped traffic because Troopers were investigating Oliveras. Webb then speeded around the stopped traffic. As she swerved around stopped traffic, she rammed the trio at an estimated speed of 78 mph.

She was charged with multiple counts of 3rd-degree murder. However, a judge dismissed these charges and reduced her bail after a defense attorney argued that “she was a superstar track runner in high school. She’s a good girl. It’s just, there’s some issues with some drinking.”

So now, for the crime of killing three people, she only faces manslaughter (1st-degree misdemeanor), homicide by vehicle (3rd-degree felony), and DUI (misdemeanor). She is looking at five years in prison. Larry Krasner, who is under fire for his past leniency, is now trying to use this high-profile case to repair his reputation. He ordered his office to refile third-degree murder charges.

These are the worst mass shootings of 2021, as of March 2nd. This list will be continuously updated. You can click here to check for updates. A mass shooting is most commonly defined as four […]

FBI: 74.1% of known homicide offenders in South Carolina are Black