Multiple Antifa websites have published a claim of responsibility, by Antifa, for the firebombing of a Berlin police station on September 17th. The station is located in the downtown embassy district. Antifa say they scattered “Krähenfüße” spikes around the police cars in a fenced in area. Then they put a padlock on the fence and hurled multiple Molotov cocktails at the vehicles.

From Antifa claim, translated from the original German:

Cops around the world have the function of tracking down the slightest revolt against the system of capital, against the system of patriarchy, pressing into the logic of criminal law (ie depicting it as non-political), discrediting and appropriating it. In the struggle for interpretative sovereignty, their goal is to control and smash this revolt, depending on the balance of power and form of government with visible or subtle violence.

This attack on the sub-station in Berlin’s Tiergarten / embassy district means for us solidarity, empowerment, revenge, the interruption of their operational capability and the demonstration that their structures can be met materially and symbolically from ambush, even without equality of arms.

Antifa is being openly supported by the Berlin branch of the German Green Party ahead of the September 26th, 2021 election in Berlin.

This is a campaign poster being used by the Green Party in the Friedrichchain-Kreuzberg district, also known as “Xhain” for short. The German Green Party is currently the largest political party in this district. The poster features, what appears to be a transsexual couple, with one person wearing an Antifa t-shirt. The words “Antifa Zone” are spray painted on the wall in the background. The Green party also featured Antifa in a campaign commercial. 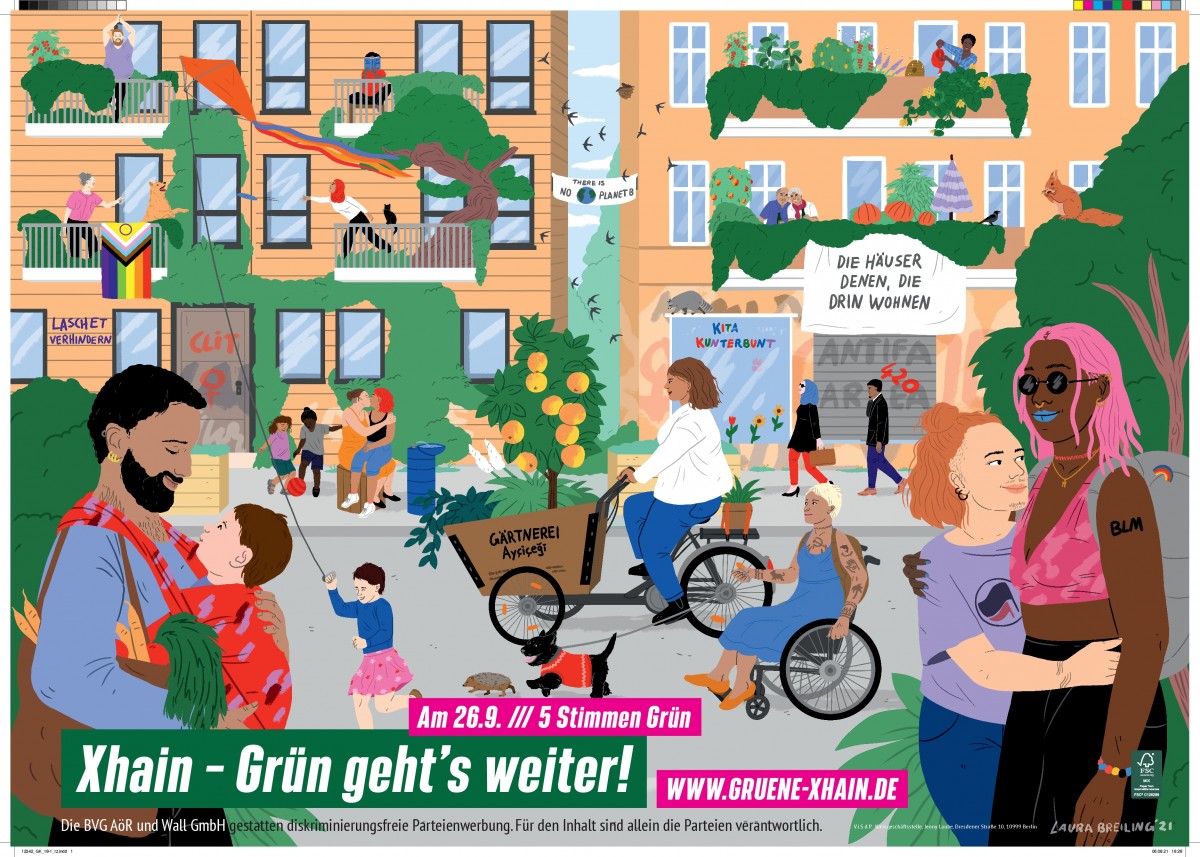 Antifa went on violent rampages in two different parts of Portland, Oregon, on August 22nd. The violence culminated in a shootout between an unidentified “black bloc” member and 65-year-old Dennis Anderson. After the shootout ended, Antifa […]