How many of you knew that Nicki Minaj’s former keyboard played savagely beat and murdered an Irish exchange student in 2012?

Trinidad-born rapper Nicki Minaj said she was reluctant to get a Covid-19 vaccine, because a family friend in Trinidad allegedly suffered testicle damage due to a Covid-19 vaccine. About one-third of Trinidad is vaccinated, primarily using Pfizer mRNA vaccines that the United States donated. Minaj said that if she does get vaccinated, it will be after she has researched the vaccines more.

Somehow, this is a major national news story, with most media outlets being hostile and portraying Minaj in an unfavorable light. Tucker Carlson reported on the story in a supportive way, and now he is even being attacked for it.

Compare this to 2012 when her keyboard player strangled an Irish exchange student to death, and one of her backup dancers sexually attacked another woman.

On May 24th, 2012 Nickie Minaj performed in Tokyo. Earlier in the day, her keyboard player Richard Hinds videotaped himself harassing elderly Japanese people on a train.

After the concert was over, Richards Hinds and James Blackstone, one of Minaj’s backup dancers, were caught on surveillance video using a wheelchair to move the lifeless body of Nicola Furlong, a college exchange student from Ireland. Hinds had previous gone to the front desk to ask for a wheelchair.

Hinds later said he “accidentally” killed Furlong after she refused to have sex with him.

In March of 2013, Hinds was found guilty of beating Furlong and strangling her with a towel. The Japanese court system slapped him on the wrist with a pathetic minimum five-year sentence in Fuchu prison. However, in 2018, he was denied parole because he failed to show any remorse. The longest they can hold him is until 2022.

Blackstone was also convicted of attacking and “sexually molesting” a friend of Furlong. That victim is also an exchange college student from Ireland. The Japanese released him from prison after only three years. Immediately after being released, he was photographed at a party with rapper Snoop Dogg.

This was a major national news story in Japan and Ireland.

Virtually no one in the USA ever heard about it. Two US citizens, performing for a major American celebrity, brutally murdered a woman after a concert in a foreign country.

The media has made a huge deal over something trivial, while it completely ignored a brutal murder connected to Minaj. 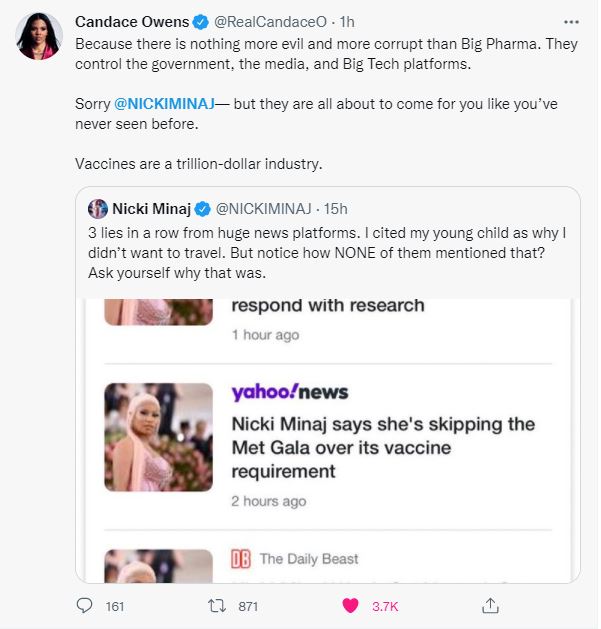 According to numerous high-profile Black activists, an armed teenage girl trying to stab an unarmed teenage girl, is just a “knife fight” and police have no right to use force to intervene. Watch the latest […]

Philly Congressman gets carjacked in her own district!

Philadelphia is out of control. The city has adopted policies that say criminals are victims of circumstance and need to be coddled instead of punished. This is the end result. Rep. Mary Gay Scanlon was […]